Manchester is spoilt for choice at the moment when it comes to tapas, almost as if we are being given our moment in the Spanish sun despite our occasionally inclement weather - it's altogether easier to overlook the rain and the cold when you're inside drinking sherry and eating patatas bravas. Nowhere is this more true than at Spinningfields' Iberica, where I once ate a full-on feast on the covered terrace whilst a particularly vehement Manchester storm raged a few feet away from me, trying and failing to wrest my attention from my jamon.

The Manchester outpost of this small chain has been with us for over a year now, and judging by the new Summer menu it continues to go from strength to strength. Last week we got to try selected dishes from the new menu along with a few old favourites (impossible to consider going to Iberica and not having the serrano ham croquettes), introduced by Ibérica's Group Head Chef and all-round charmer, César García. Here - deep breath - is what we had.

Trio of hams: a journey through three hams from north to south (and, indeed, from left to right, as the flavours get more pronounced the further you foray across the board).

Cured Iberian acorn-fed "Presa" (Lomito de Bellota). The meat at Iberica is consistently excellent - marbled thickly with fat and full of smoky, nutty flavour. ALL pigs should be encouraged to dine on acorns if this is the result.

Pan con tomate: toasted bread with tomato. Always a classic and always done well at Iberica. I sometimes sit at the bar for a glass of wine and accidentally order this (six is my current record). 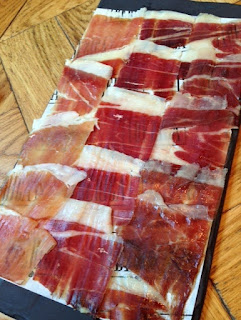 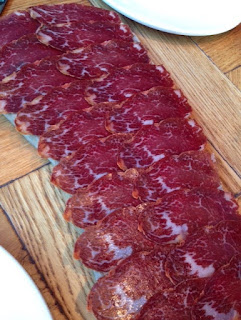 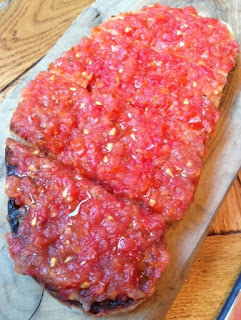 Red berries gazpacho from MercatBar by Quique Dacosta. A real stand-out dish, this one - pretty as a picture and with a deeply savoury richness from the combination of earthy beetroot and sweet and sharp berries. Developed by world-renowned chef Quique Dacosta, this one is only available in June so get in quick. 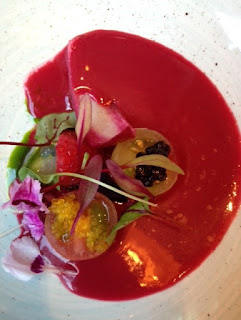 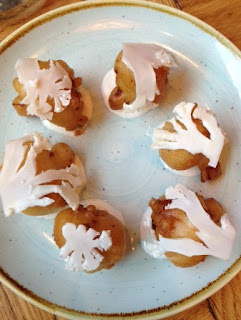 Cauliflower tempura: deep fried fresh cauliflower heads with yoghurt sauce. I'm a big fan of cauliflower in all its forms, but let's not pretend that cauliflower rice or pizza base could ever live up to these gloriously crisp and golden morsels.

Asparagus toast: asparagus with manchego, onion confit & truffle oil on toast. You can't really go wrong with this combination of ingredients - I particularly like how pronounced the truffle flavour is and salute the generous pouring that clearly goes on here.

Ibérica’s serrano ham croquettes. An old favourite. These are addictive mouthfuls of molten cheese and salty ham breaded and deep fried - I love them dearly, and would sell my soul to have a plate of these to hand right now. 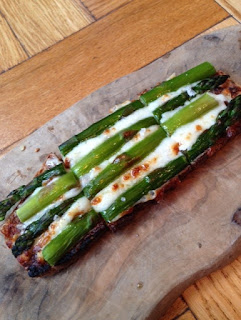 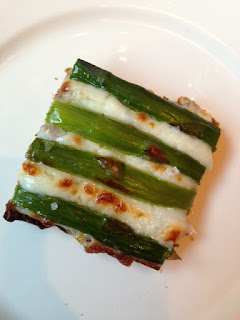 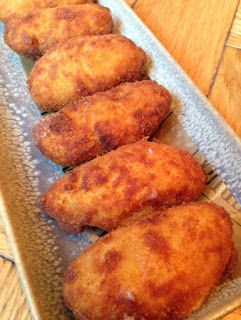 Fideua with garlic & prawns. This is a classic Spanish seafood dish originating from Valencia, like paella but made with pasta instead of rice. For me, this was the least impressive course - it had plenty of flavour from the fish stock and the liberal quantities of sliced garlic, but this one just didn't quite mesh together for me and remained less than the sum of its parts.

Ibérica octopus a la gallega: Galician style octopus with potatoes & pimenton de la Vera (paprika). Another favourite. This wouldn't be for everyone - the fat pieces of octopus are still waving their suckers about and the pimenton is very strong - I can't get enough of it though, and nobly helped out those others at table for whom this dish was a step/tentacle too far. 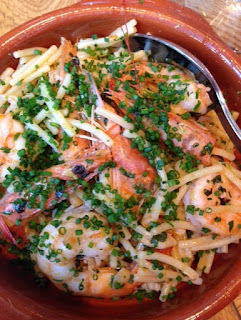 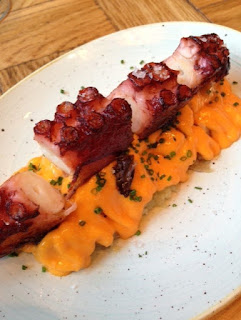 Fresh hake with hollandaise sauce & lettuce water. This is a really classy dish - perfectly poached fish with a fresh and bright green sauce that is made from healthy things but tastes amazing. 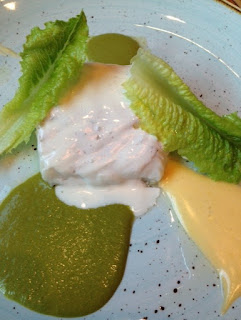 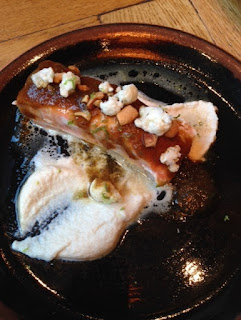 Gloria cachopo: fried beef & Ibérico pork patty filled with Asturian cheeses & mushrooms. It's a shame I was so full by this point, as this was pretty spectacular - very meaty though, so I will return to do it justice another time. 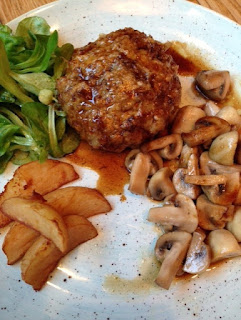 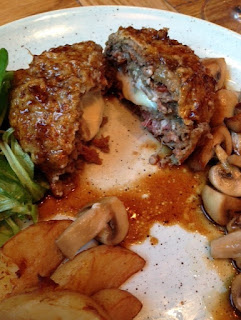 Caramelised Spanish rice pudding, Gloria cheesecake, Churros with chocolate. I'm not normally one for dessert, and had consequently eaten with abandon until this point, secure in the knowledge I would not want this course. Predictably enough, all three were a revelation, particularly the obscenely sexy rice pudding. 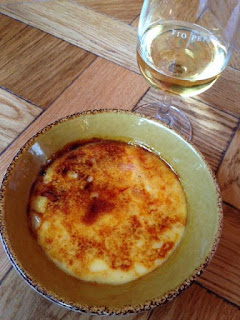 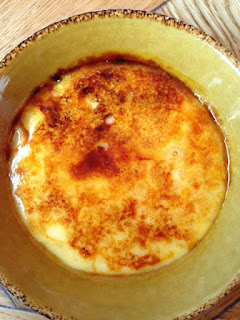 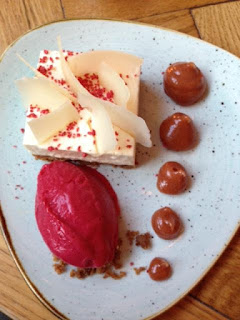 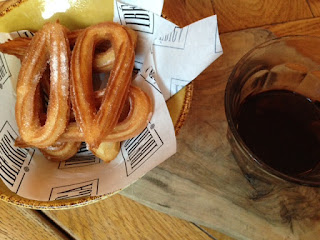 This was a triumphant menu launch: interesting, beautifully-executed dishes served up in stunning surroundings by chatty staff who clearly both know and care about the food they are delivering. I can already feel a return visit coming on - and it's worth noting that they do croquettes to go...

- Iberica Manchester is at 14-15 The Avenue, Manchester M3 3HF. This was a press event and we were not asked to pay for our food or drinks, but I go here a lot. A LOT.
Posted by Liz at 13:35 No comments: Links to this post