Now that Halloween is safely out the way, our thoughts start to turn towards the looming celebrations and the festive foods that we may stuff into our faces with impunity for the next couple of months. Christmas menus have been a big thing in the last few years, with seemingly all pubs and restaurants laying on special set menus offering two or three courses for somewhere around the £20 mark. Truth be told, these menus are often anything but special, with fairly predictable options that often don't extend much beyond traditional turkey and the obligatory salmon option (although there are, of course, some notable exceptions).

How nice, then, to see a restaurant keeping to its normal à la carte menu but supplementing it with a few seasonal specials on a tempting-looking set option in honour of the festivities. Provenance in Westhoughton have maintained their place in The Good Food Guide for a second year, and are the only Bolton restaurant to feature; on the evidence of their recent Christmas menu preview, their continued presence is entirely deserved. Head chef Lewis Gallagher is still at the helm, and still knocking out a great selection of daintily-executed but deeply-satisfying dishes; here's what we had. 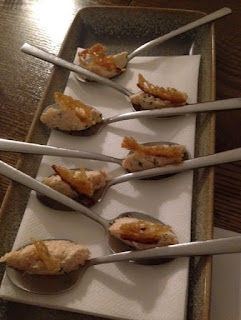 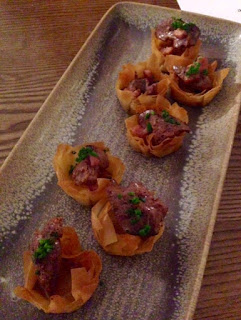 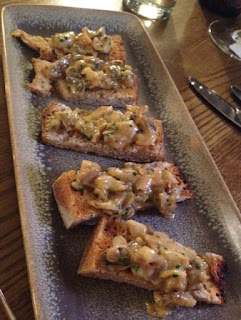 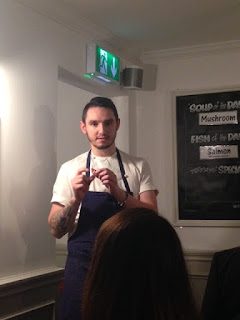 A Selection of Christmas Fayre Canapés. I'll overlook the use of the word "fayre" here in view of the general excellence of these bitesize portions of starters from the Christmas menu: Potted Salmon, Sauteed Chicken Livers, and Wild Mushrooms on Toasted Sourdough. The mushrooms were my favourite of the three but I would happily eat the whole lot all day, every day, and the Christmas Fayre menu from which they're taken looks outstanding value at two courses for £16/three for £19 between 30th November and 23rd December.

Cauliflower Espuma, Granny Smith Apple. "I don't like cauliflower," said my date for the evening. "I shall try it though." The inevitable conversion-to-brassica robbed me of a second ramekin of this smooth, earthy foam lined with a hidden layer of tart apple; must try harder to find someone pickier for next time. 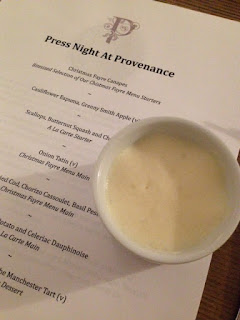 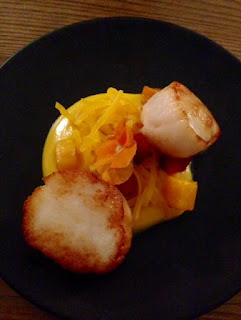 Onion Tatin. This is one of the mains from the Christmas menu, and underwhelmed me a little - I love an onion tart but prefer a squishier version rather than the sturdy half-an-onion approach adopted here. The deeply bitter ash on the side was utterly addictive though. 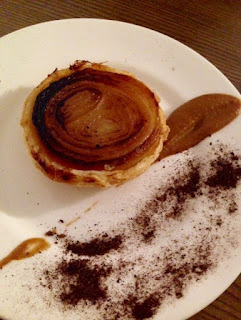 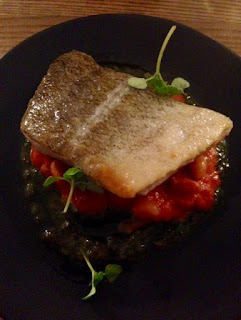 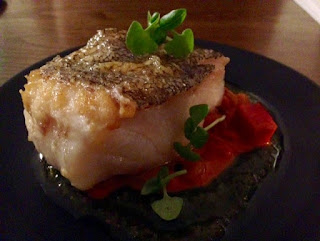 Pan Fried Cod, Chorizo Cassoulet, Basil Pesto. Another from the Christmas menu, this one sounded an outright winner - something that I would order from a menu on a regular basis. In practice, this dish was the one real letdown of the night for me; the cassoulet was far too sweet and lacking in texture, with only a tiny amount of the chorizo that would have brought it into a better balance of flavours and a jarring swirl of herby pesto that fought with the rest of the components. My piece of fish was one of the thinner ones (it's the first of the two you see above), and simply couldn't cope with the cloying mass beneath. Other people on our table felt less strongly about the dish, so this may well just be a case of personal taste. 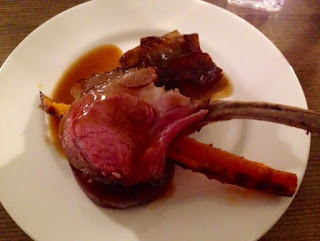 Duo of Lamb, Potato and Celeriac Dauphinoise. Hurrah - right back on form, with a splendidly pink cutlet, a gloriously sticky piece of stuffed belly and - one of the out-and-out triumphs of the evening - one of the best examples of daupinoise I have ever had. EVER HAD. And I've had a LOT.

Oops Chef Dropped the Manchester Tart. A bit of a foodie joke, this one, inspired by the legendary Oops! I Dropped the Lemon Tart created by Massimo Bottura after a bit of an accident one evening at Osteria Francescana. I'm not the biggest fan of Manchester Tart anyway, so this wasn't really for me; nice enough, as such things go, and handily smashed up to save you the effort of having to do it yourself. 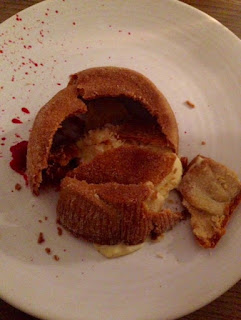 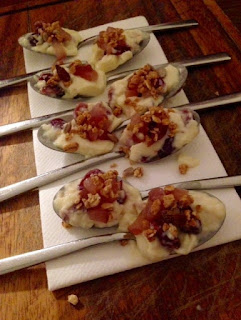 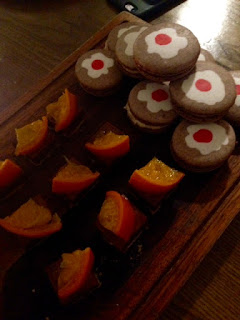 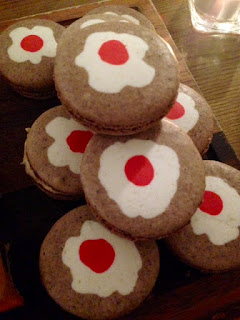 Coffee and Treats. This was a treat indeed, and reminded me that, actually, some desserts are worth the calories - mini versions of some of the desserts from the Christmas menu and an utterly splendid Christmas pudding-flavoured macaron. I was too full to eat this on the night, so I wrapped it in a napkin and took it to work the next day, where I was the envy of everyone, even the uncouth individual who asked me why I was eating a cake shaped like a boob. 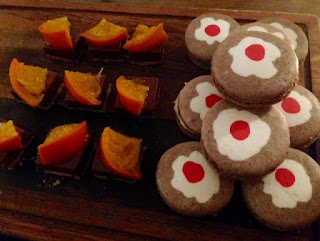 I've eaten at Provenance many times now, despite it being quite a drive both from where I live and where I work, and it's been worth it every time. This was a press preview and therefore a freebie, but I've revisited on plenty of occasions as a paying customer, both from the à la carte and from the crazy value weeknight special deals. It also has a deeply splendid food hall downstairs, so you may well accidentally find yourself dining with a few sausages and some stinky cheese in your handbag; my kind of place.