So. When you work in the heady world of education, an invitation to attend school during your precious six weeks of freedom is not normally something to be welcomed. And yet, as with so many phrases in the English language, simply append the word "sausage" to any ordinary, slightly dreary concept (go on - try it now: you won't be disappointed, I promise) and you have something far more desirable: thus SCHOOL (bleuuurgggh, no THANKS) becomes SAUSAGE SCHOOL (yes PLEASE) and I'm there quicker than you can say "tasty banger". 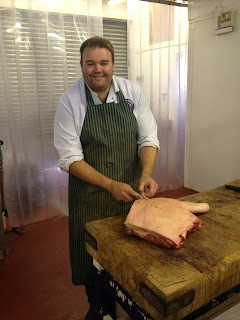 The tasty bangers in question are Bobby's Bangers, a family firm based in Chadderton, Oldham with which I first bacame familiar when chief sausage maker James slipped me a surprise delivery under the table at The Mark Addy. They've now decided to share their meaty knowledge with a grateful populace through the medium of Sausage School, to which I was lucky enough to be invited as inaugural student/guinea pig/person-they-know-well-enough-not-to-make-fuss-if-chops-own-finger-off. I can't say I was a natural, but I had a great time - so much so, in fact, that I graduated with flying colours (and slightly wonky bangers) and am proud to announce that the Bobby's Bangers Sausage School will run from Saturday September 14th. Each session will run for approximately 2.5 hours (I was there all day, but then I talk too much), and will bestow the following upon the excitable meat-lover:

Sausage sandwich and Tea/Coffee on arrival
Pork butchery demonstration by James
Sausage making demonstration by Heather and James
Then prepare, mix, fill and link your own batch of sausages with a choice of Traditional, leek, black pudding or chilli which you then take home (approx 4kg)

Other points to bear in mind:
You’ll need sensible footwear but all other protective clothing will be provided (I quite liked myself in my sausage-making overalls)
Visitors must fill in a health declaration on arrival
Sausage making is quite a wet process, so older, sensible clothing is recommended (don't be scared by this - I emerged pretty spotless, apart from a small piece of mince later discovered adhering to one of my trainers)
Questions throughout the experience are encouraged and welcomed!

Sausage School can accommodate a maximum of 5 people per class, and the experience will be £50 per person. A £10 deposit, paid through the website, will secure a place and the remainder of the fee will be due on arrival. Bobby's Bangers is located near J21 of the M60 and J20 of the M62 and is also easily accessible from the new tram system - you can find all details on their website here. Sausage School was great fun, and I can thoroughly recommend it - not least because it's pretty reassuring to see that nothing nasty whatsoever goes into a quality sausage. Just one thing though: a couple of weeks ago Bobby's Bangers were (deservedly) named Sausage Producer of the Year at the Jimmy's Farm Festival- how many awards will they win now I'M fully trained up? Botched Banger of the Year? North West Division Wonky Wiener Champion? Food for thought, eh... 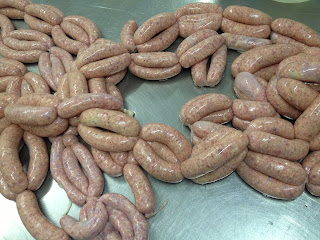 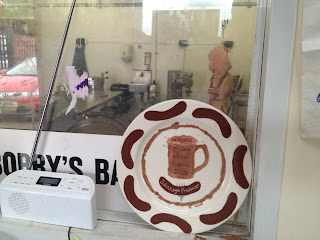 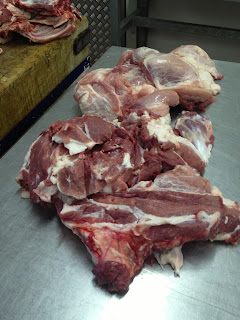 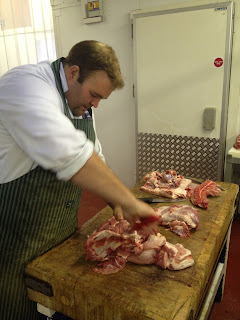 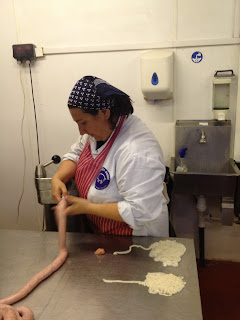 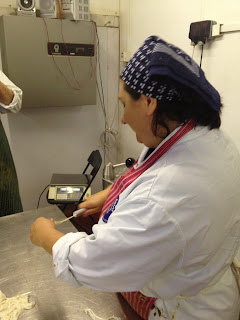 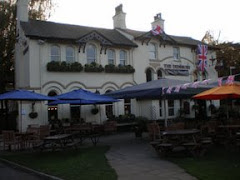 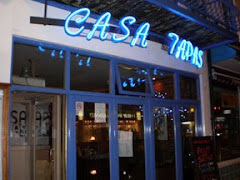